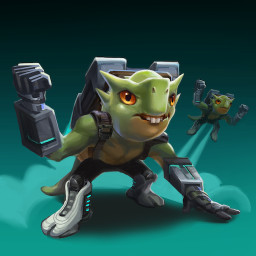 A hard-hitting melee turtle that can dash at enemies using the jetpack augmented to its shell.

Grath's pugilistic foot-soldiers, the Terrapin Troopers are equipped with shells augmented by jetpacks and bionic gauntlets. The Terrapins were the first to take up arms when Grath came to free them from Hamaliel's lab and, in honor of their strength, were also the first ones freed from their holding cells. They now find themselves indebted to Grath for their freedom and harbor an undying loyalty to the Primitive Engineer.

Dash towards the target location, stunning any struck enemy for 2.5 seconds. 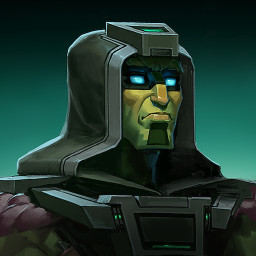