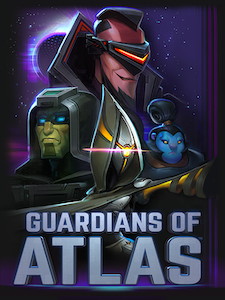 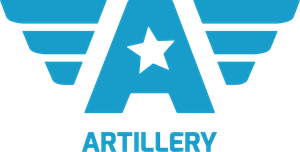 This site serves as tribute to Artillery Games, Inc. and the 3D, multiplayer RTS we launched, Guardians of Atlas.

In 2012, myself and a few others observed the fast rate of web browser development and saw the potential for HTML5. We decided that we could build a gaming platform in the browser and we pitched "Steam for the web." We built a 3D multiplayer air hockey demo which used WebGL and WebSockets, and the people we pitched it to were amazed that it wasn't Flash.

After closing a large seed round, we released Powderkeg on Facebook as a multiplayer, realtime Bomberman clone featuring the art of Adam deGrandis. After this, we decided to aim higher and build a new realtime multiplayer strategy game (RTS) -- a combination of the best parts of Dota, League of Legends, WarCraft III, and our beloved StarCraft, which would be playable on our own HTML5-based game engine that could be played on any browser.

We partnered with a gaming celebrity, raised another large round, spent a few years doing extensive playtesting and development, ported the engine and game to Mac and Windows, and eventually launched the game in September, 2016. At the height we employed 21 people, and our first announced playtest drew thousands of players. Despite this, the launch of the game was not successful, and for a multitude of reasons we decided to shut down the studio. I was unable to find an acquirer and I returned the remaining funds to investors.

Is it open-source or still playable?
No. All of Artillery's assets were sold when the company shut down in 2016. In the past few years we've considered open-sourcing it and releasing a community version, but the legal issues are logistics are messy. Not making a standalone download of the game before the shutdown is regretful.